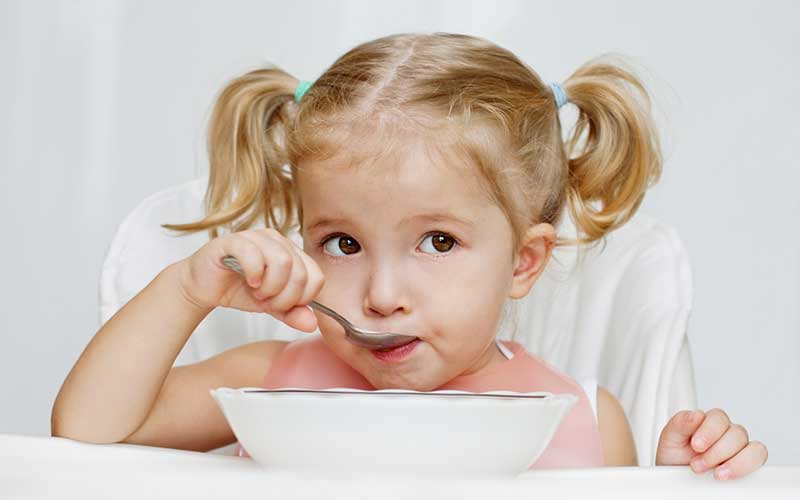 But it took me a long time to commit to actually doing the Introductory stages.

About a year. And in GAPS terms, a year is a lot of healing time wasted.

If you’ve never heard of it, the Gut And Psychology Syndrome healing protocol was developed by Dr Natasha Campbell-McBride.

And if you are thinking about starting the diet ABSOLUTELY purchase her GAPS book.

Read it front to back and then read it again.

Highlight it. Put in sticky notes. And mark pages.

Because your quality of life absolutely does!

GAPS eliminates foods which promote inflammatory and immune suppressing processes and allows the body to heal.

All while introducing nourishing, healing and probiotic foods. And healthy lifestyle changes too!

To detoxify, rebalance and replenish. To heal and seal the gut.

It teaches you proper nutrition.

And parents rave about the seemingly magical transformations of their children.

But there is also a testimonial topic that strikes fear into the hearts of prospective GAPS parents.

This is the reason it took me so long.

It made me feel ill just reading them.

So we stalled. We made GAPS changes and thought it would make a difference.

We figured we weren’t dealing with a full-blown spectrum disorder so just changing to Full GAPS Diet instead, should help.

That worked OK-ish until our nearly 3 year old developed a high fever and sore throat. And her personality changed overnight.

WHY WE DECIDED TO DO GAPS

Over just 24 hours, she started behaving in a VERY differently, in a nearly autistic manner.

Violent self-harm, terrors, OCD behaviour, not sleeping, stuttering, and so much more.

It was frightening. I was 36 weeks pregnant.

I stayed up with her restlessly sobbing in her sleep. Googling for answers.

I learned about PANDAS.

A neurological condition caused by the body’s response to an infection with Group A Beta-Haemolytic Strep.

Ironically she was wearing pyjamas with a little panda on the front.

We saw my GP the next morning.

We still however treated her with antibiotics. And probiotics.

The new antibiotic guidelines allowed us to treat her.

The stuttering stopped after the second dose. But the hyperactive, defiant and generally disruptive behaviour stayed.

So we decided to really consider this GAPS thing.

But I made it my mission to avoid the looming food refusal as best I could.

The first thing we did was plan for both of us to be home. So we had a start date determined by Julian’s (daddy) work arrangements.

Looking back, there were 3 things that we did consistently which helped us avoid food refusal.

They also transitioned us into the GAPS Diet rhythm.

And as a bonus we perfected our hippie-homesteader-ing skills too. 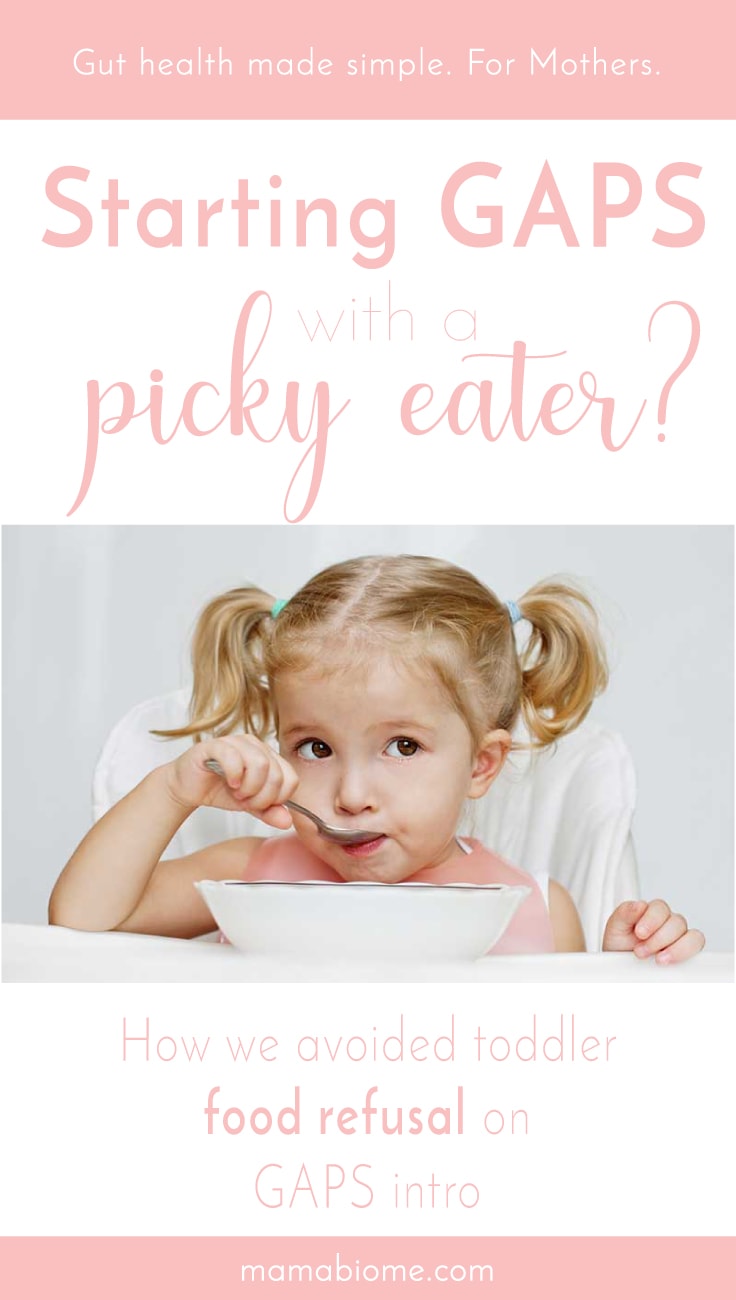 We just quietly began to reduce her go-to foods.

The things she basically lived on. Because she refused all else. A sure sign of gut imbalance.

It was red. Still tasty but stocky.

Cod liver oil and a mug of breakfast stock became a thing.

But it didn’t come without a meltdown.

She hated it. Until we started putting gee in the stock. Then it was less yelled about.

And the cod liver or “codliva” as she called it sobbing, slowly began to be better accepted.

We trialled the recommended ABA techniques to find what worked for her and what didn’t.

Basically anything you can make ‘normal’ before had will ease the whole thing along.

The tantrums about the new eating things, like stock and cod liver oil, had peaked months before the real food changes came.

We rarely ate soup before GAPS.

But I started adding them at lunch – the less meltdown inducing meal.

She was always less tired and more accomodating at lunch. So I capitalised on that.

I began roasting a whole pumpkin each week. Something I continue to do.

And made pumpkin a more regular ingredient.

It started with a GAPS approved pumpkin pie pudding.

And a chicken stock soup with corn and gluten-free pasta with pumpkin puree stirred through.

And she loved it!

So I started experimenting with meatball pumpkin soup.

And then I started braving a pumpkin-free chicken vegetable soup and getting her to help make them.

So before the Intro stage she was a soup and stock connoisseur. In both eating and making.

So when it all started. She kinda of just accepted it.

And we still had to feed her crying initially. But she always ate. Sometimes not a lot.

She did lose weight which was a little scary but I trusted that she’d start eating more. And of course she did.

We would make up a few different soups and let her choose. So she didn’t feel powerless in the process.

I also purchased a GAPS based recipe book. For extra inspiration.

And you really do start experimenting.

Pinterest is also a good place to find recipes.

You can also find some great GAPS blogging mums who share their recipes.

Jo Whitton of Quirky Cooking has wonderful recipes to try.

She also has a GAPS Gut Health program which walks you through the stages, has shopping lists, loads of recipes and an awesome Facebook support group with access to certified GAPS Practitioners too! I haven’t done the program but I wish I found it before, which is why I mentioned it 🙂

ON THE OTHER SIDE

We are nearly 3 months in a have a calm sane household. Without tantrums and a daughter who happily munches salad greens and asks for more cucumber.

One little thing, among so many, that was unthinkable only a few short months ago.

So don’t be put off by GAPS if you think you would benefit.

Just prepare and ease them in slowly.

P.S. Looking for gut health inspiration? Join Mamabiome on Facebook. I share interesting articles all about microbes and motherhood. And lots more!

P.P.S Have you heard about The Mamabiome Project? Share your story and help other mamas just starting out. Us gut-conscious mamas have got to stick together! 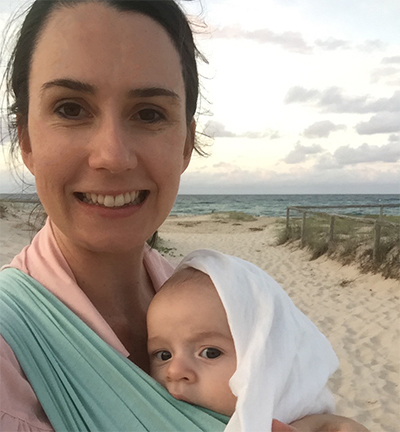 Hi I'm Victoria Samios.
Mama of 2. Microbiologist. And simplifier of science here at Mamabiome. I am passionate about educating mamas about the power of the human microbiome. And learning how our tiny hitchhikers fit into motherhood. The bacteria, not the babies! But that's my cuddly baby boy if you're wondering.
Cutest hitchhiker ever!

If you'd like to connect, email me at victoria (at) mamabiome (dot) com 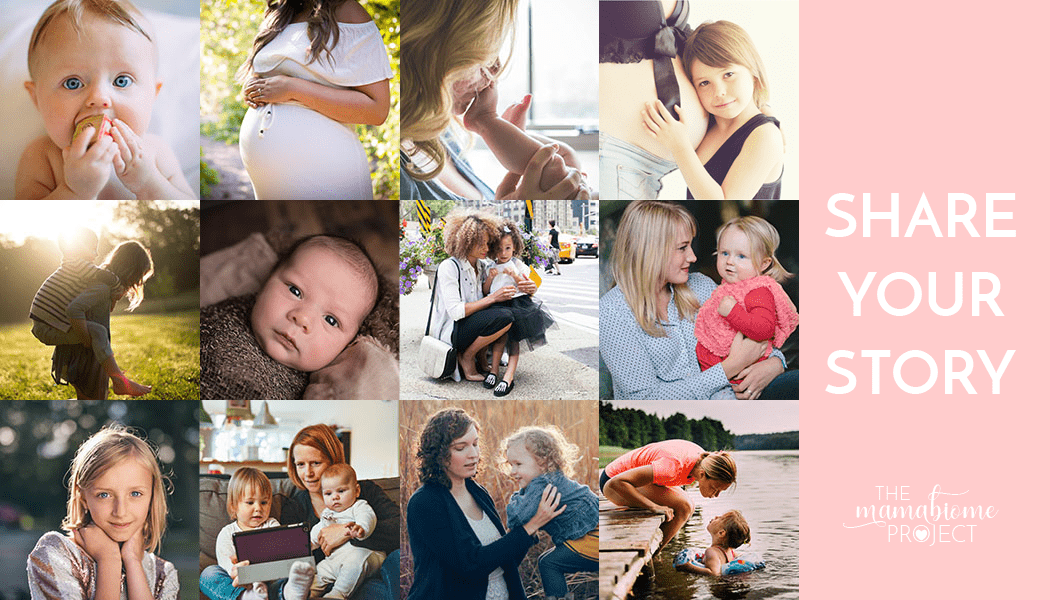 Mamabiome is a growing online community with the mission of supporting and empowering mothers to become gut conscious healthy wholefood warriors. And to provide you with inspiring gut health resources and practical knowledge so you can start healing from home. It starts with you mama!